First, I need to express this one idea... It has been raining blessings lately. Like a blessing storm blew in. Like God wants me to have no doubt that His plan is in motion. Amazing things are happening. I'm so grateful.

Secondly, I want to talk about how a trip to the movie theater last night hit me with more encouragement than I expected. Sorry if this story is a bit cheesy! But it is the truth, so it has that going for it....

Lola and I went to see "Creed" last night (her second time seeing it in the theater and probably not the last). She's in love with the Rocky movies. She knows what a good story it is. And even though it might be a cliché, I couldn't escape the fact that a story of a boxer preparing for a fight is a metaphor that will never get old for me. I'm embarrassed to admit it, but I almost cried through the whole 133 minutes of this film. I must have looked ridiculous weeping in the theater, but at least Lola was with me. And she didn't judge. wink emoticonIn many ways, Lola is the best person to cry in front of. Her eleven-year-old heart gets it. It is one of the ways my daughter is amazing to me. She might have realized it before I did, but in the dark of the theater, halfway through the story, I realized that all of my tears had something to do with Luz.

Last week I started jogging in the mornings to try and get my body ready for tour. Honestly, I'm not sure how I'm going to physically get through a solo concert, but I've suspended that fear long enough to say yes to Luz. Jogging in the mornings is not something I want to do. And it is not something I am good at. And even though I know people are often given the work of doing something they are not good at for a very good reason, I was starting to fear that my pathetic attempt at jogging each morning was not really going to help me. More than once, the feeling that I was about to fail at the biggest creative project I've ever done has crept into my soul. This is where Rocky Balboa comes in.

His motto in "Creed" spoke to this fear, my fear. Usually, when a theme gets mentioned over and over in a movie, it becomes so obvious that it loses its impact - and it is reason for artistic criticism. But I think maybe Rocky's maxim might get repeated so many times because some of us have to hear it. Over and over.

So, after last night's theater experience, I woke up this morning ready for my jog - and I had hope. I know I might not "feel" hopeful tomorrow when I step out onto the pavement at my driveway and try again. But even if I don't feel it, I'm starting to know it. And so I'm grateful for the encouragement from one Hollywood film that might have gotten a lot of things right. And I'm going to take Luz ‪#‎OneStepAtAtime‬. 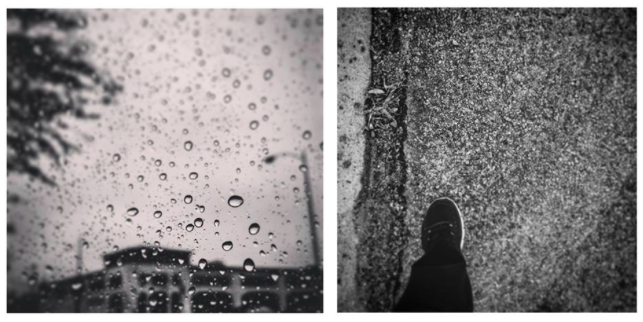