Ironically, being a dancer and having body image issues go hand in hand. I've struggled with and around and about my body since I was a child, and to even mention it publicly on Facebook like this makes me very, very anxious. But it is true. Becoming a mom hurt and helped at the same time. Anyone who's ever been pregnant knows that you learn a lot from the loss of control over your body that comes with pregnancy. Sometimes it seems funny, sometimes it feels wonderful, and sometimes it is too much to take. Each of the feelings became a lesson for me. But what might make me even more nervous than talking about my body is having it photographed.

A couple of weeks ago, I visited Kristen Watts for a photoshoot. I think she realized how nervous I was, but she was kind and understanding. She has practice dealing with body issues – being a photographer of primarily women (and mothers in particular). I am so grateful to her for capturing images of me that made me turn my normally self-criticizing voice off. She captured a me that I forgot existed.

I remember looking at images of women that Kristen had photographed (before I met her) and thinking, “Wow, those women must be confident. They MUST love their bodies to do photos like this.” But now, I wonder if maybe those women were actually more like me. And like me, they decided to just make a scary leap in front of the camera. I’m starting to believe that maybe confidence comes from courage. 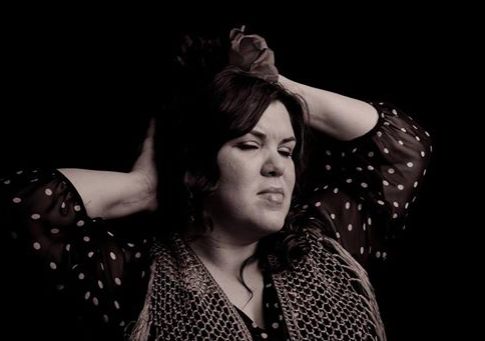