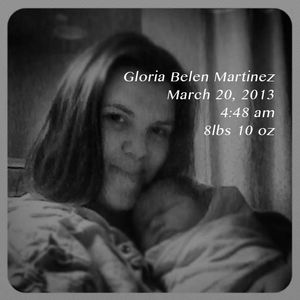 I know we all have days or weeks packed with highs and lows, epiphanies then tragedies, blessings and then burdens again. The last two weeks have been like that for me. I’ve been given wonderful news then awful news then back again. I’ve felt comforted and at ease one moment, then shocked and confused the next. Some of this has to do with the planning of Luz later this year, some of it has to do with family, and some of it has just been about watching the news. The last couple of weeks have felt just like those roller coaster rides I used to love as a kid--the kind I can’t even look at now without feeling sick.

The ups and downs shouldn’t be a surprise, but when those ups and downs get condensed, like quickened heart beats on a monitor, I start to feel lost and hyper focused at the same time. It is a strange feeling, and one that I know I’ve felt before.

When Gloria was about to be born, the nurses broke my water to help things move along, to speed things up. It worked. Moments after my water broke, I felt something more intense in my body than I ever had in my life. I had already given birth to one child, so I thought I knew what labor was like. In reality, I had no idea what was about to hit me. Labor went from zero to sixty in that minute. I had no idea what those ups and downs would feel like in such rapid succession. I felt lost then too, and all I could do was focus on the eyes of one nurse in the room. I looked into her eyes without blinking for what felt like an hour. Suddenly, I was seeing pretty clearly.

Though these last two weeks haven’t been as dramatic as giving birth, my experience of having Gloria, of feeling her last hours inside me, her father holding me, and breathing all those short breaths—all of those things help me understand what it means to be right here, seeing clearly in the middle of the mountains and valleys.