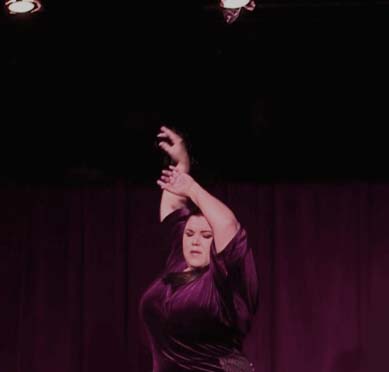 #Luz still has me on a roller coaster, and I guess I’m starting to roll with it. I've been crying a couple times a day, usually when I think I’m alone, even though I don't feel "sad." There don’t seem to be enough hours in the day to deal with all the emotions that pop up. And there are physical challenges too--I stopped eating lots of things I like to eat in the portions I like to eat them. My joints aren’t happy. I’ve had a headache for about four days straight. Also, I have a bazillion student essays to grade (that little thing called my day job), but instead of reading them, I've been reading The Color Purple again.

The first time I read The Color Purple, I was about Lola's age. Reading it again, with daughters of my own, with memories of everything that I experienced after I read it the first time, makes me crack open a little. I feel like I'm in the twilight zone. I feel like something is going to burst. I've been feeling this way for weeks.

I guess I thought that as I matured, I'd get tougher. But it seems I’ve gotten more sensitive with each passing year. This feels like a problem because I started off as too sensitive to begin with. I don't like being labeled as sensitive. The connotation is weak, melodramatic, disorganized, out of control. I don't want to be those things.

I try to pretend I’m not sensitive by being anti-sentimental instead. I'm okay with throwing out Gloria's first watercolor paintings. I don't feel the need to go to my 20th high school reunion. I've even gone so far as to sell off some of my inheritances. Does that make me stronger? Does that make me tough enough?

In The Color Purple, I read again about Celie, Shug, Nettie, Sophia. I feel smaller, but better off. I feel like the book arrived at the library just for me. I needed to see these women in a book this week. I needed these characters to arrive in my home, in my head. They are strong. They are weak. They are mothers.

I realize that Luz is a flamenco project asking me to see how sensitive I really am, but also how sturdy, how solid. Luz makes me a baby, expressing anguish with even the smallest of pains, and simultaneously equipping me with a coat of armor. Luz feels like a miracle sometimes—a miracle that I didn’t invent, and don’t have much control over, but I know where miracles come from. I know where Luz comes from.